(Update January 10th, 2021: CIA’s recent website update broke all the links, so I’ve created a new copy of the sheet with all the links fixed.)

In July of 2017, I released the first index to translations from secret Soviet military journals that the CIA had acquired and translated during the Cold War. During that process, I noticed that in the summer of 2017, the CIA had dome some changes to the way PDF documents were linked in the online Electronic Reader Room, where both documents released through CREST and FOIA are located.

I didn’t realize it at the time, but only later did it dawn on me that CIA had apparently moved PDFs in the archive in a way that had resulted in several other documents getting overwritten if they shared a similar file name.

Using this particular document as an example, we can see when searching for “1978-09-15” in the archive that one of the first matches appears to be a Soviet journal translation, as we can see the OCR’d preview mentioning “Military Thought”. But, pay attention also to the third search result. It lists the same PDF name. 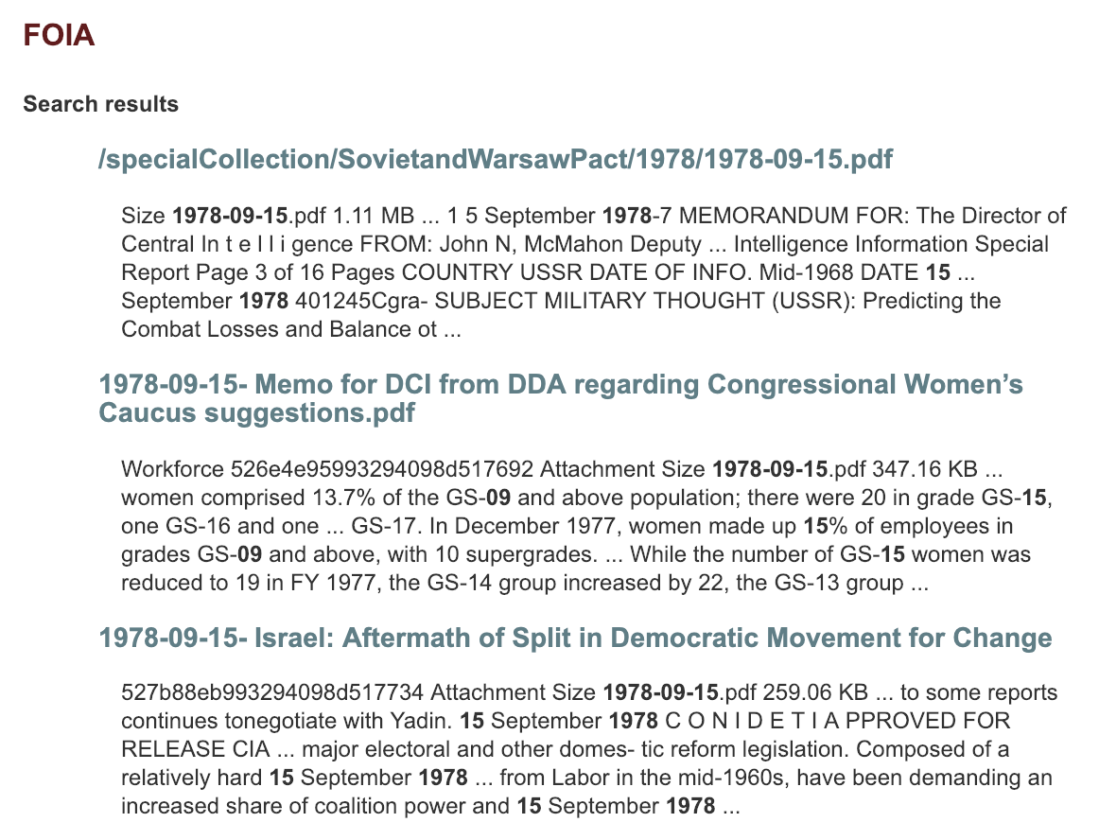 When opening the first entry, thing look good. But when we click on the PDF, what we get is this. It the PDF for the third item on this list. 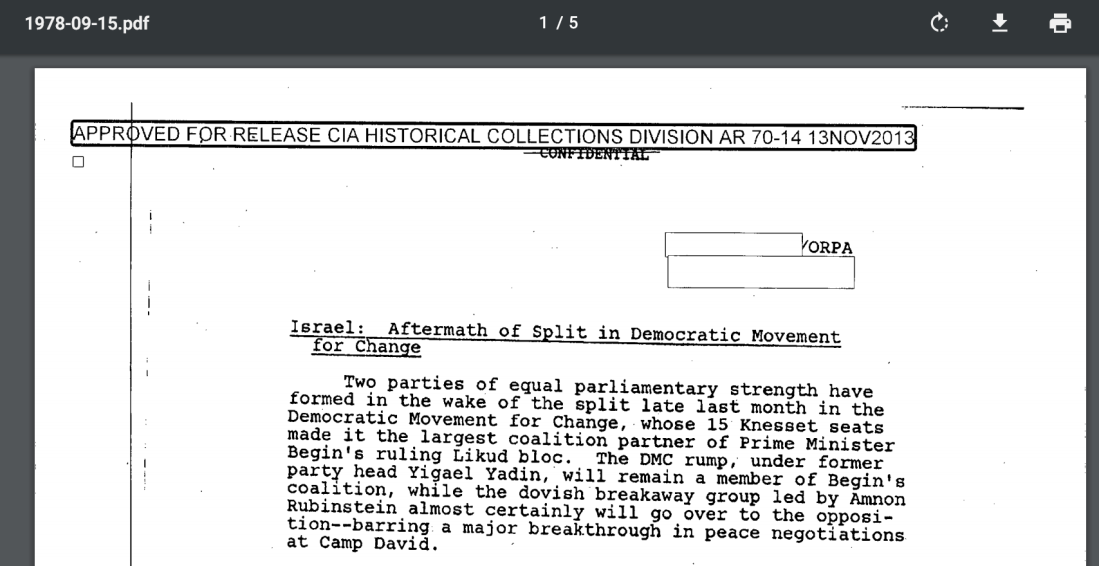 So, for research into the Soviet journals, this is bad. But, also during the summer of 2017, I learned that the CIA’s Historical Collections Division had made DVDs which contained the translations. It wasn’t until the fall of 2018 that I thought to ask Dr. Mark Stout if he had any contacts that could help me find these DVDs. Some weeks later, thanks to his graceful assistance, I had a DVD in my mailbox containing the 2013 “CIA Analysis of the Warsaw Pact Forces” collection.

Cross-checking what’s missing from CIA’s online vs. the DVD collection, I found 65 translations which were missing online, but I’ve made them available on a private share.

The collection of Soviet military journal translations I’ve curated now contains 906 entries. (December 25th, 2018) Journals you will find from the collection are:

While going through the material, I also came a across a new codeword. During the previous round, there was OSSIAN. But now, there’s ZA?OTA. I’m not certain what the third letter is, but there are not too many options. This codeword seems to be associated with the Warsaw Pact Journal translations, and judging by the dates, it could be these materials were supplied by Colonel Ryszard Kuklinski.

View all posts by vpkivimaki